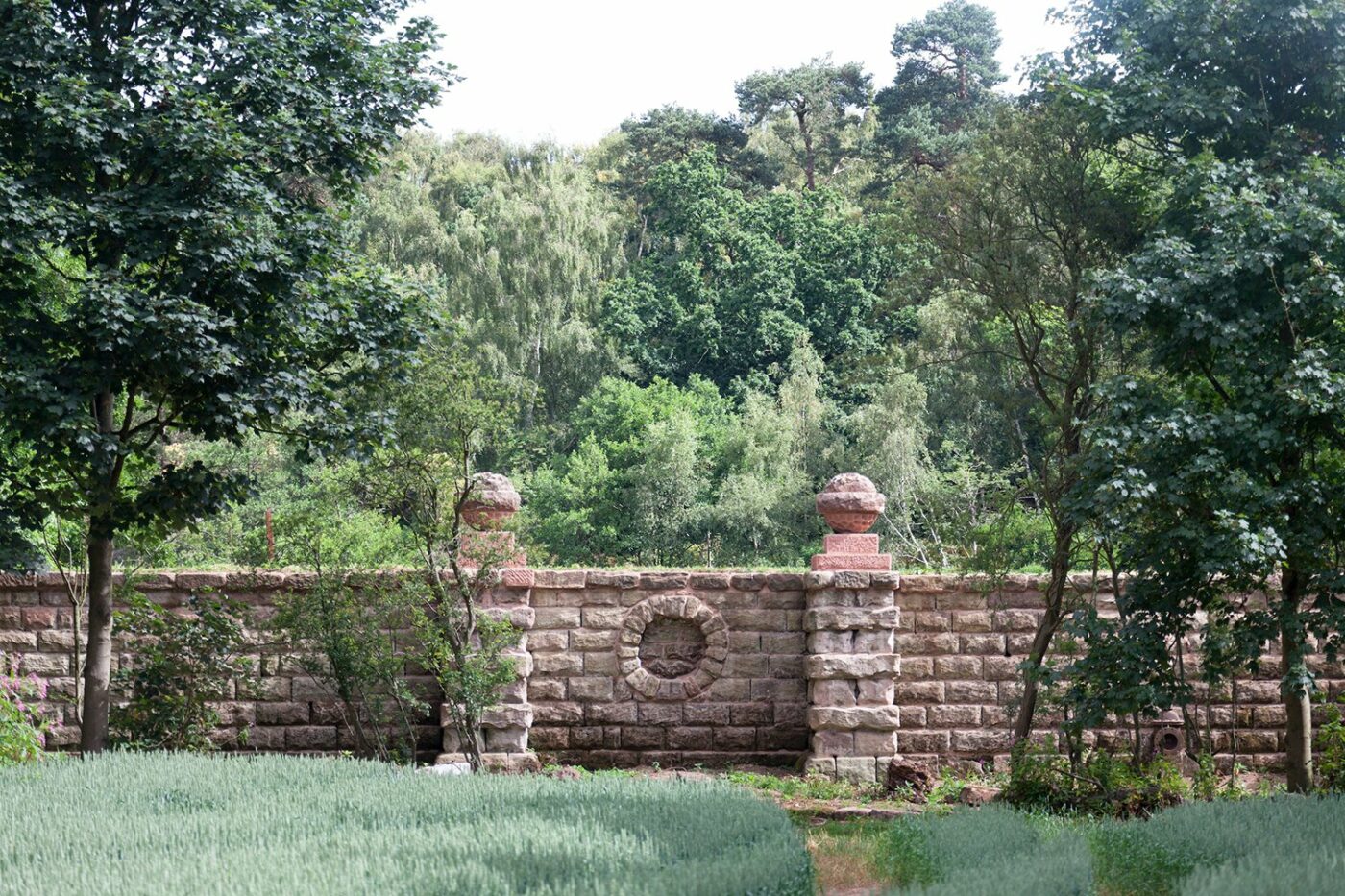 Once described by Queen Mary, as ‘the nearest place on earth to heaven’, the grade II* Registered Park and Gardens of Plumpton Rocks near Knaresborough in Yorkshire risked loss and was added to the Heritage at Risk Register in 2012.

Donald Insall Associates was commissioned in September 2015 to lead the design team to carry out works initially funded by Natural England to turn around the progressive silting of the lake and encroaching self-set trees, by the end of February 2016 due to grant constraints.

Working closely with the private owner descendant of the Plumpton family, Reservoir Engineer AECOM, FWP Quantity Surveyors and Historic England, de-silting works have been carried out reinstating the picturesque creeks centred around striking rock formations and features known romantically as the ‘lovers’ leap’, ‘crusaders’ gorge’, ‘eye of the needle’ and ‘echo rock’.

The beauty of the rocks overhanging the lake was captured by JMW Turner as his first commission in oils in 1797 for two views, looking North and South, which hang in Harewood House. Returning again, Turner’s further sketches in 1816 can be seen in the Turner Bequest. 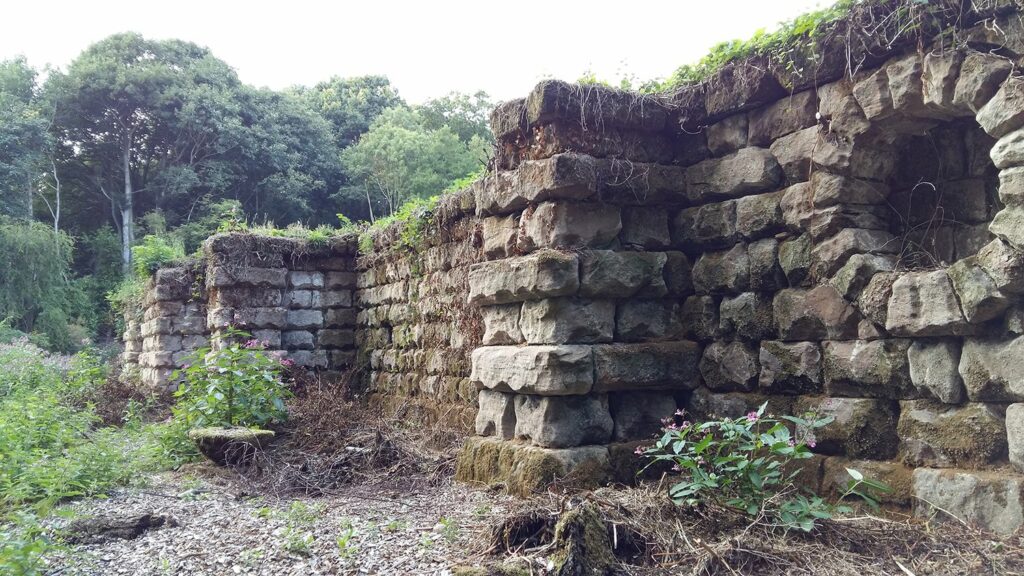 The gardens have been open to the public for the last 200 years prospering from the rise of Harrogate as a tourist destination Spa Town.

The de-silting works have now reinstated the lake’s original size, and opened up the 18th century vistas made famous by Turner’s paintings. Guided by specialist engineers, the design team in collaboration with the steering group established a methodology for a zoned approach to the de-silting that would ensure protection of the historic setting, carp stock, natural environment designations and archaeology of the medieval fish ponds (the preceding watercourse).

The completion of the first phase works attracted further grant contributions from Historic England, with Country Houses Foundation funding enabling additional features to be saved. This included further works, reinstating the island to the north of the lake, which had been entirely lost amongst self-set trees and silting. Alongside this, repairs to the Grade II listed dam designed by John Carr, commissioned by Daniel Lascelles when he purchased the estate in 1755 from the Plumpton family, have been completed to repair the masonry face to the dam, including fallen ball finials that lay in the undergrowth at the foot of the dam.

In 1952 the park and garden was purchased by the Plumpton family resuming their 700 year ownership since the Norman Conquest.

It is interesting to note the Plumpton correspondence is one of the earliest surviving collections of letters and deeds covering the 15th and early 16th Century. The earliest recorded letter in the English language was to a Plumpton dated 1416. 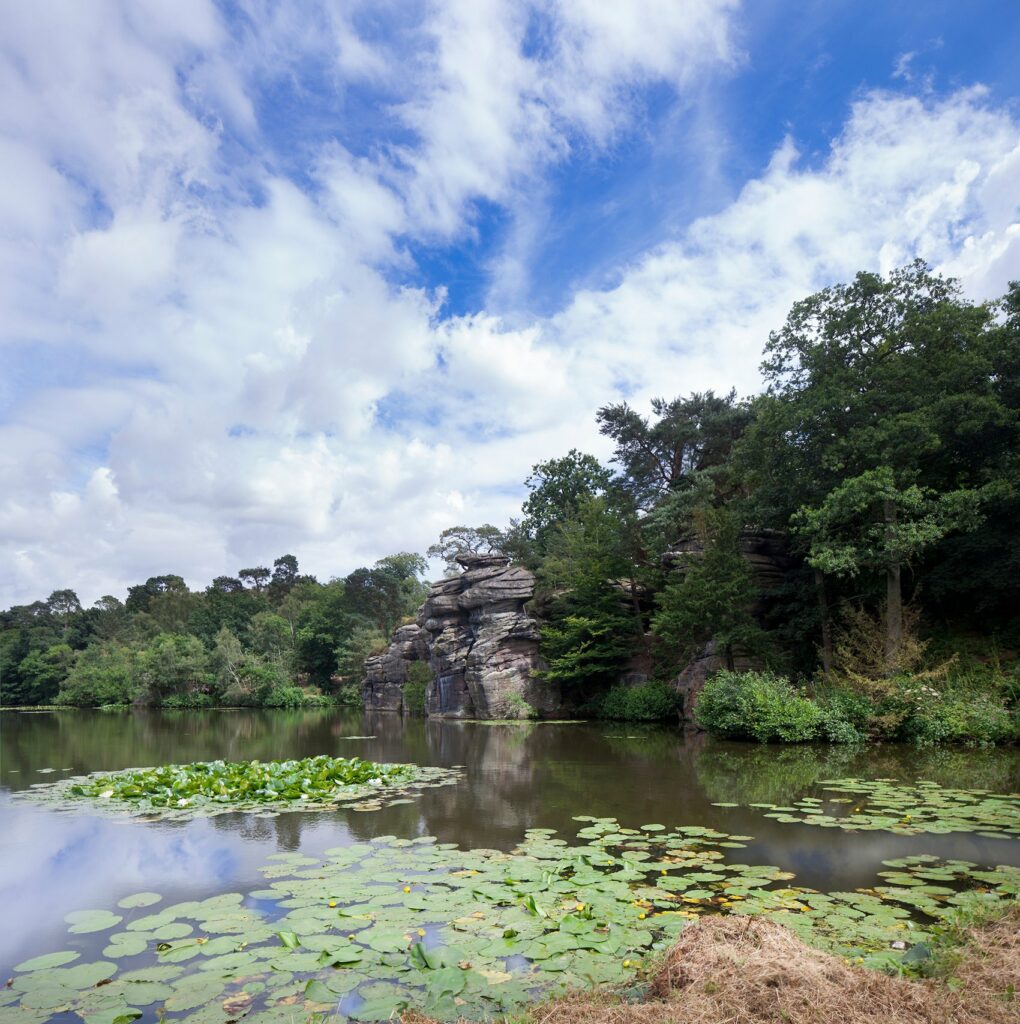 The site remains with the Plumpton family as custodians of this special historic landscape. Visitor numbers have increased significantly since re-opening in August, all keen to see first hand the repaired dam and reinstated lake and film location for the new Swallows and Amazon Film. Our appointment continues to overcome the next challenge to comply with the Reservoir Act regulations whilst minimising visual change to the lake levels and repaired features.