Home > Interpreting a Model Estate Village for the 21st Century 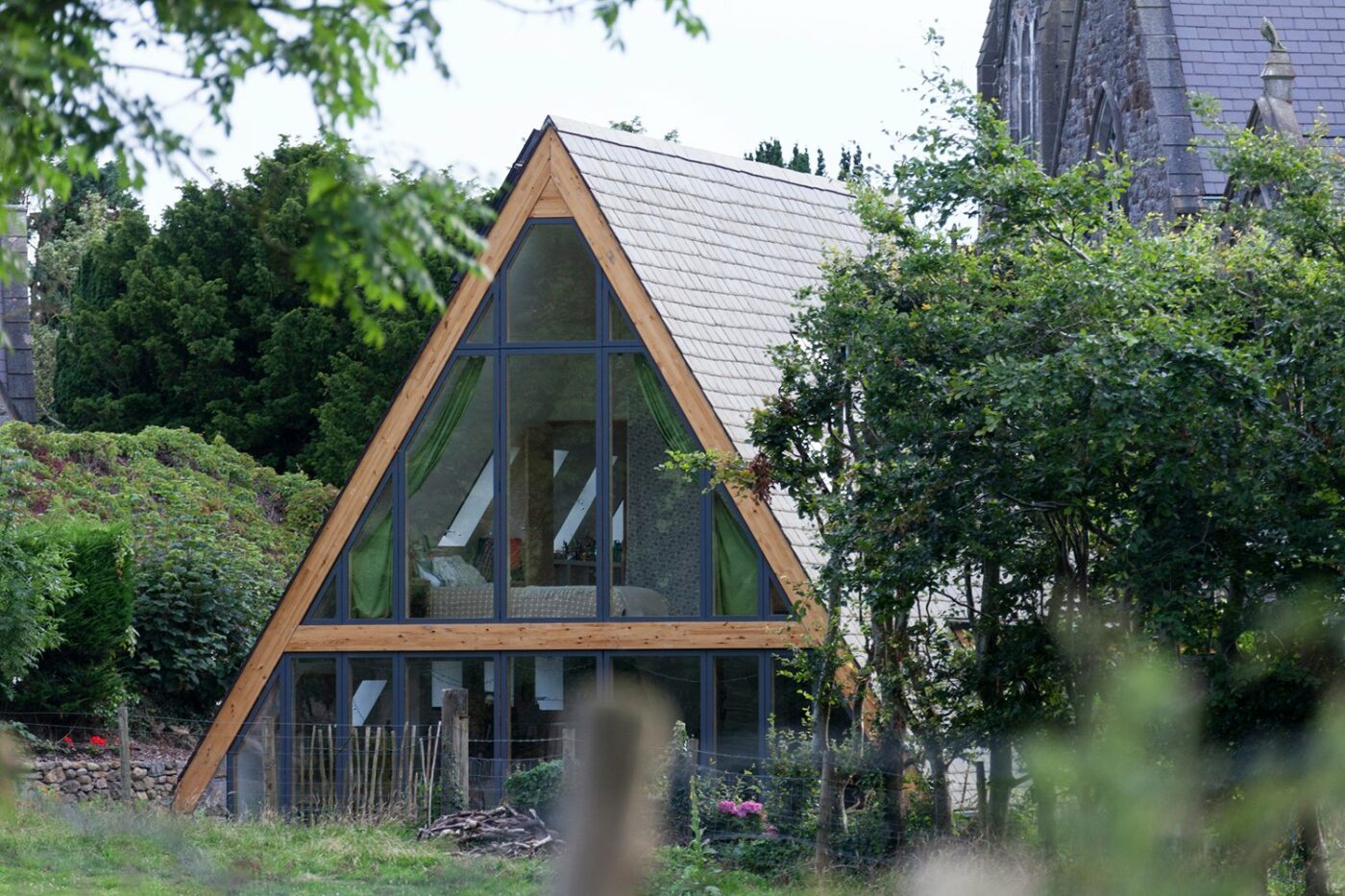 Llandwrog village was built in the middle of the nineteenth century as a model estate village of distinct Picturesque Gothic flavour, linked to the Glynllifon estate mansion nearby. The paternalistic influence of its landlord remains today. At the heart of the village lies St Twrog’s Church on an elevated site to the design of the diocesan architect Henry Kennedy. The churchyard is enclosed by a high rubblestone wall built up by centuries of burials.

A local family had purchased the land in front of the church with planning permission to erect a suburban bungalow. This proposal did not offer effective garden space, nor room for growth on site and was not to the family’s taste. Donald Insall Associates was appointed to design a new and more aspiring dwelling which would also meet with the Client’s strict low budget. Our collaboration began with a deep analysis of the village to observe the character of the Conservation Area. What became apparent was the distinct steep slate pitch narrative to the village and the three-light mullioned and transomed timber windows, typically set within prominent gables. The Church also holds a dominating presence within the village, especially so on the site, as its main east window overlooks the plot requiring careful consideration to provide a sensitive contextual relationship.

Whilst careful not to mimic its surroundings, the new A-frame design was inspired by this domestic vernacular and also paid homage and sought to respect the east gable of the church. The humble form intentionally allowed for a simple low cost construction and the tapering mass does not suffocate the site, allowing unobstructed views of the principal vistas to and from the Church. It was also possible to add an additional storey, whist not exceeding the height of the previous design. A 3D model was built of the site, electronically, and also physically in cardboard for quick manipulation with the Client. This allowed us to control views and spatial massing, both internally within the building and also externally within the context of the site.

Attached to the churchyard is a rubble stone shed associated by listing within the curtilage of the Church. This was converted into a snug and links to the new dwelling with a glazed structure, anchoring the new building to the site. The front gable is formed by a bespoke glazed frame, a modern interpretation of the three-mullioned division of glazing in the village. The existing Llandwrog palette of rubble stone walling and slate is reinterpreted in a modern striking design.

After holding initial and positive consultation with the Local Authority and Cadw, the proposals were sent to the Design Commission for Wales (DCW) for informal review in light of the potentially sensitive site and bold design. The Design Panel responded negatively initially with considerations for alternative massing and positioning on site, wishing to conform to a more ‘traditional’ design. We took on board all suggestions raised and worked with the DCW, Cadw and the Local Authority to deliberate the best way forward. This involved reviewing and appraising the character of the Conservation Area in great detail until a solution was met between all legislative bodies. The striking design was retained, met local policy and also sat comfortably with the massing of the Church and its context.

The use of traditional materials and detailing can have considerable effect in enhancing a Conservation Area’s character. The essence of many of the model village buildings have been eroded in recent years due to the loss of this detail. The new family dwelling enhances its setting within Llandwrog by reflecting the village aesthetic to stimulate contemporary sustainable design.

Planning permission was granted and in doing so, the local family continue their long standing residency in the village and have added a twenty first century layer to part of its history. 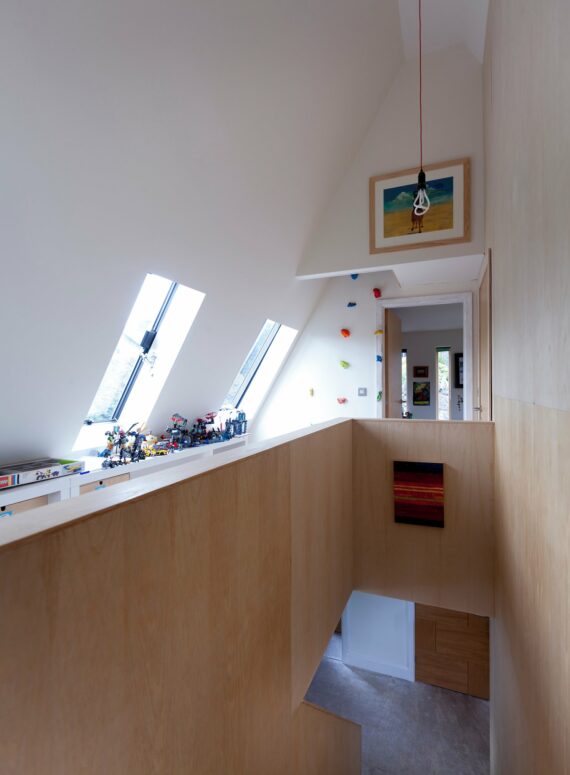 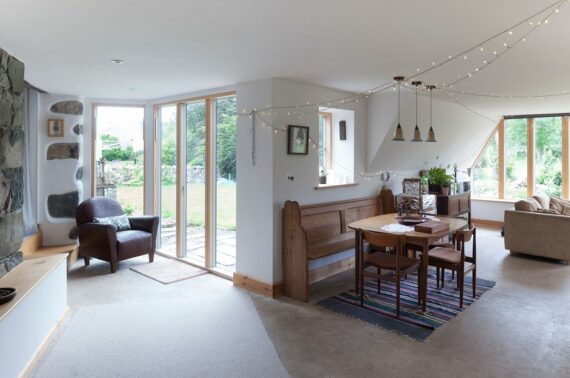 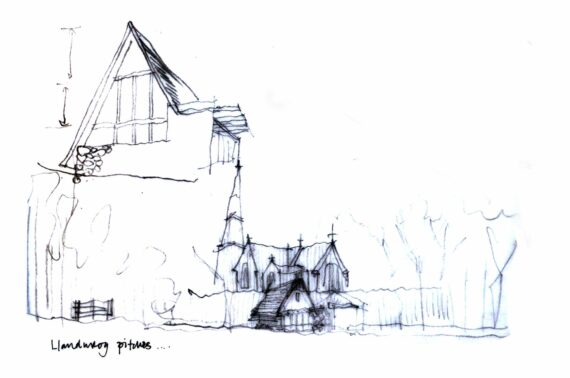 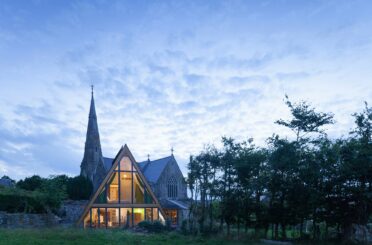 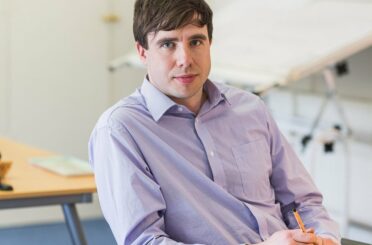