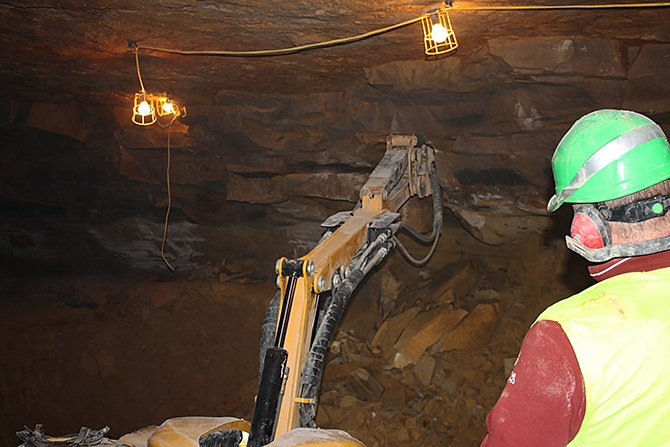 A quarry producing Collyweston slate has re-opened for the first extraction in 40 years, with its first order headed towards the re-roofing of Bodley’s Court at King’s College, Cambridge, where Donald Insall Associates has been working on a project to re-roof the building.

Collyweston slate is a stone slate that has traditionally been used on rooftops in the region for more than 600 years. It is formed by taking blocks of stone out from the quarry, called ‘logs’, which are laid on the ground over winter, wetted, after which frost splits the stone into slate through a natural process. Production of this slate, however, has ceased some decades ago partially due to quarries being fairly exhausted. More recently, English Heritage sponsored a process to artificially freeze the stone to produce slate, which re-established interest in Collyweston slate.

We initially approached this quarry when we were asked to undertake the re-roofing project at King’s College to discover that plans were already in place to re-open. King’s College has therefore provided partial funding in order to secure a supply for the project. The quarry will be initially utilising natural methods of freezing, only to proceed to artificially if the natural process proves insufficient.