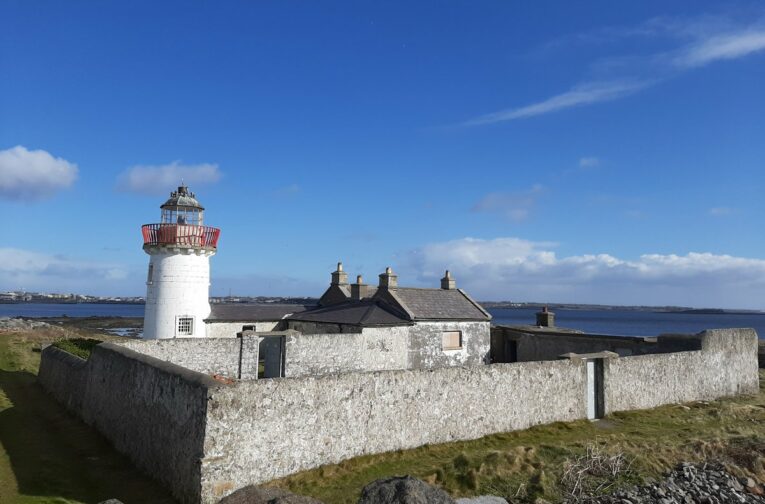 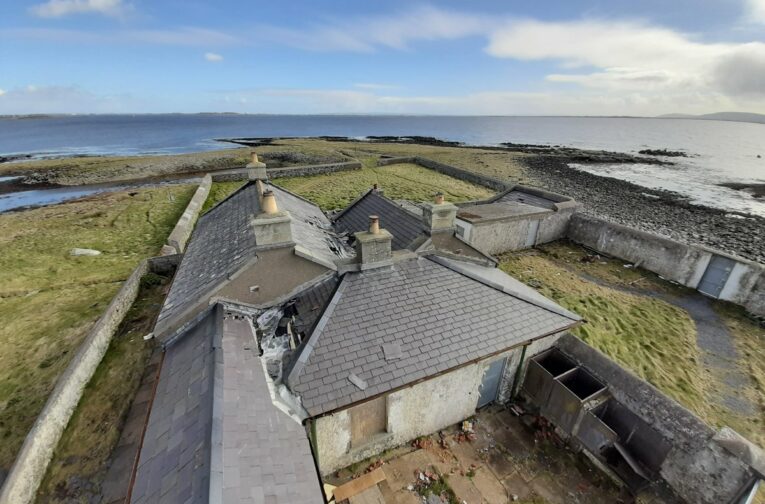 We have recently awarded the second iteration of our Living Buildings student prize, which is given for the writing of an exemplary conservation management plan. This year’s prize, which is awarded to students of the Birmingham City University (BCU) Conservation of the Historic Environment programme, saw first place awarded to Frank Coyne for his conservation management plan on the Mutton Island Lighthouse on the west coast of Ireland. Read Frank’s description of the CMP below.

The lighthouse is situated on a small stony island approximately 800 metres from the mainland in Galway Bay on the West coast of Ireland. It is an excellent example of a nineteenth-century lighthouse complex. It is a protected structure and also a recorded archaeological monument The island itself is crescent-shaped in plan, with pasture on the high ground and saltmarsh, lagoon and mudflats closer to the sea edge. Historically, the island was used by the inhabitants of Galway since medieval times as commonage for grazing, seaweed and shellfish harvesting, as a source of stone for ballast, and for protection of the bay and port over time. It was the site of several fortifications in the seventeenth century. The lighthouse complex was constructed on the earlier fortifications, the outer wall of which is still visible. It is currently accessible by a modern causeway which services the waste water treatment plant established on the western part of the island. Previously the island was accessible by foot at certain low tides, and otherwise by boat. It maintains historic links with the harbour of Galway, the local community, and visitors, as a place of recreation and amenity. It underwent restoration in the early 200s, but has since fallen into disrepair, and has been extensively vandalised.’

The Living Buildings award runners up place was given to Caitlin Osborne, a first year Masters student. Her CMP was written about the Hawkstone Windmill in Shropshire. Read a blog on her entry to the competition here.

Helen Ensor, leader of our Oxford office and a guest judge, described those shortlisted for the Living Buildings award as ‘demonstrating an excellent understanding of the principles of writing a Conservation Management Plan, but Frank and Caitlin stood out for their sensitivity to the complex phasing and grasp of the technical issues present in conserving the important sites.’

Our Birmingham office work regularly with students from both the Conservation and Architecture programmes at BCU; Matthew Vaughan giving a guest lecture on the creative reuse of historic buildings and colleagues acting as visiting tutors in various capacities. 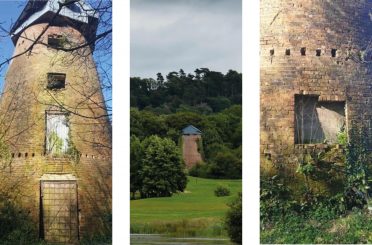 Caitlin Osborne on her CMP for Hawkstone Windmill