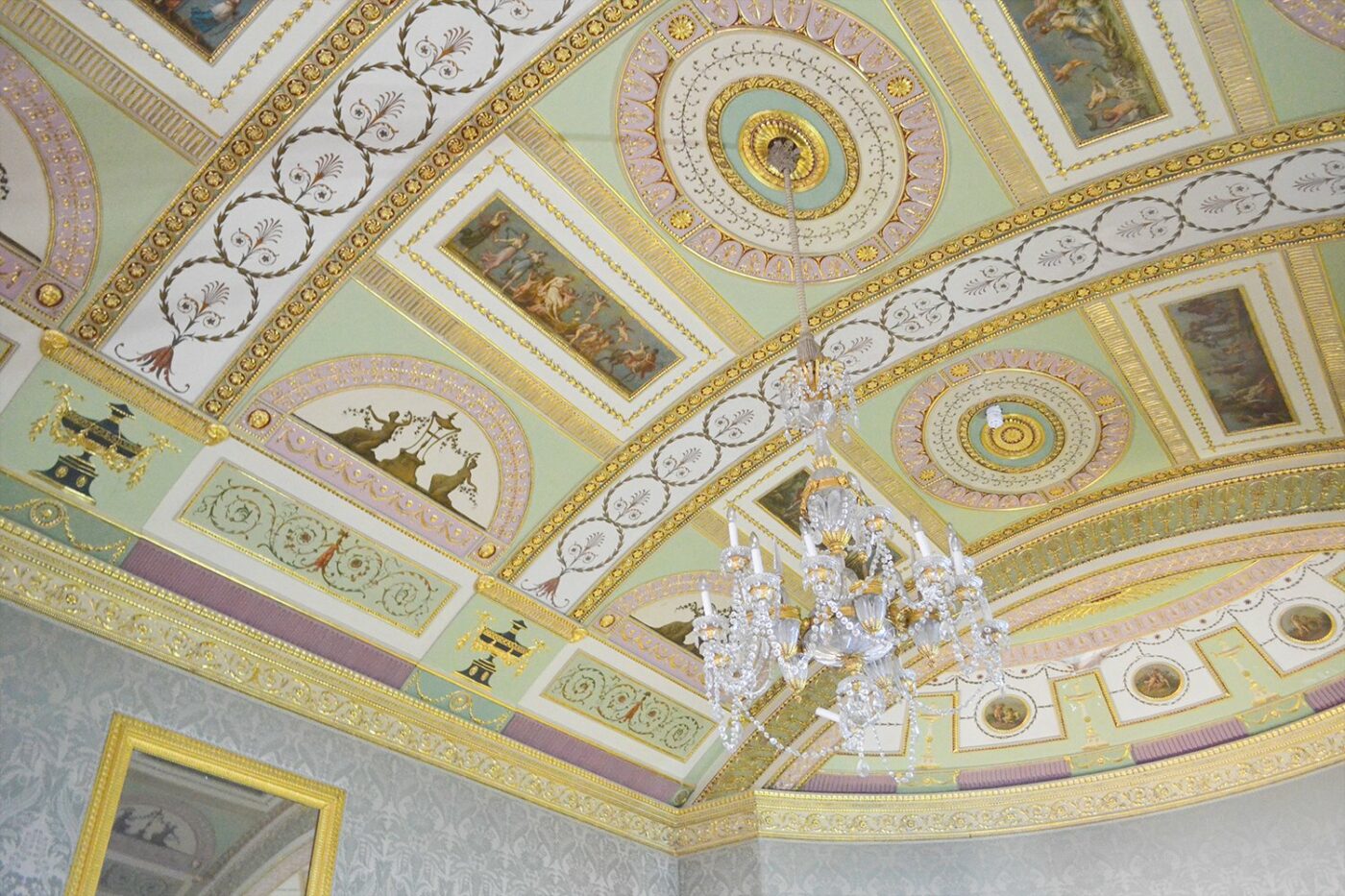 On 1st June 1768, probably at around dawn, a coach rattled through Grosvenor Square and headed out of London towards Dover. Inside were an 18-year-old gentleman, Sir Watkin Williams Wynn, and three companions who were to accompany him on a great adventure. They were beginning a Grand Tour which would take them to France, Switzerland and – the ultimate prize for the 18th-century grand tourist – Italy. Wynn, a rather overweight and diffident young man, had recently become engaged to the daughter of a close friend of his late father, Lady Henrietta Somerset, and his feelings about leaving her seem to have been somewhat ambivalent. For the others, excitement at a first trip abroad is more likely to have been upmost.

A Patron of Architecture

When Wynn arrived home, a mere nine months later[1], he was a changed man. Now with a certain cultivated polish, and a love of Italian art and architecture, he was keen to show his erudition in some building plan or other, as other wealthy and educated men had done before him. Tragedy overtook him, however, and his first wife was dead within three months of their marriage. His feelings on the matter are not recorded, but soon after her death, he lost interest in altering the family pile, Wynnstay in Wales, in favour of building an entirely new townhouse in London. He met and married his second wife, Lady Charlotte Grenville[2], in 1770 and at the same time he acquired the freehold for 20 St James’s Square. She was just 17 and he was 22. Together they would commission, furnish and live in one of the most sophisticated houses in Georgian London.

In the 1760s, the charismatic Scot Robert Adam was taking the London elite by storm. His combination of charm, business-sense and revolutionary design inspired by Classical Rome (in particular Tuscany and Herculaneum) ensured that he was the most successful and sought-after architect of the time. Whilst Wynn had originally approached the Irish architect James Gandon for plans[3], Gandon was soon set aside in favour of Adam. Between 1771 and 1775, Adam delivered the complete package at 20 St James’s Square – elevations, interiors and furniture[4] .

Yet despite this conspicuous display, the gossipy newspapers of the time are almost silent with respect to the comings and goings of Wynn and his wife at their palatial house. This obscurity has prevailed to the present day: the Wynns are barely mentioned in the standard texts on Robert Adam and his achievements. With the exception of his account books and her letters, the couple’s personal life is also almost unrecorded. Certainly Lady Charlotte was the scion of an important political family, and Sir Watkin was perhaps the richest man in Wales, but they were not Dukes or Duchesses, Earls or Countesses, and nor were they part of the ultra-fashionable set who set the pace of London life, such as the Duke and Duchess of Devonshire[5]. This young couple, who the account books show were busy buying material for soft furnishings and throwing parties, built one of the most influential and sophisticated houses in the whole country and yet they were modest, generous[6], and almost self-effacing in terms of their own lives. This disparity is striking.

Wynn lived fast and died young, in 1789, aged just 40[7]. On his death, Lady Charlotte Wynn seems to have almost immediately moved out of their house on St James’s Square and it remained empty until at least 1805 when her eldest son (also Sir Watkin) officially took up residence, although in practice as a military man he was absent much of the time. As a result, the house was barely lived in until 1817 when the 5th Baronet got married and had children of his own[8]. The family made almost no changes to the rooms on the principal floors of the house, and nor did any of the subsequent generations of Wynns.

The house remained in the Wynn family until 1905, when it was leased to the Earl of Strathmore and became the childhood home and schoolroom of their daughter Elizabeth Bowes-Lyon[9]. Even more fabulous parties were held. In 1936 the building underwent a massive change when it was linked on all floors to a new office building which was built next door at 21 St James’s Square and which copied the Adam façade, stretching it from three to seven bays, and rendering the new building indistinguishable from Adam’s masterpiece. However, this radical intervention allowed the Adam rooms on the ground and the first floor to remain intact, at a time when many Georgian interiors were being lost to commercial development. A programme of restoration work in the late 1980s represents the most recent phase of works to the building, although in 2016 the openings between nos 20 and 21 were filled and the house became a single entity once more.

Donald Insall Associates was asked to carry out detailed research into the history of the house and the people who lived there, for its new owner. What has become clear, astonishingly given its central London location and recent use as an office, is that the building has survived to the present day in a form that would be instantly recognisable to the 4th Baronet and his wife, who created the house in 1770. It has hardly changed at all and is therefore probably the most complete and best preserved Robert Adam townhouse in London, and perhaps in the whole country.

The man who commissioned 20 St James’s Square was the second of the eldest sons of the line to have been given the unusual name of Watkin. The tradition persists to this day, with the current holder of the title being Sir David Watkin Williams Wynn and the heir apparent (born in 1970) being Charles Edward Watkins Williams Wynn. Through family names, people bear the imprint of their ancestors, and a family’s collective memories are formed. But whereas the history of the majority of these Watkins William Wynns has faded into obscurity, the 4th Baronet ought to be remembered – at least amongst those who prize Georgian architecture – for his singular act of artistic patronage. That he is not better known, and has been so little researched and written about, belies the importance of his contribution; he has bequeathed to modern London an extraordinary and complete work of architecture and design for which he, along with Robert Adam, should be long remembered.

[1]  Grand Tours generally took between two and three years to undertake and Wynn seems to have raced through his in the shortest possible time, whilst ensuring that all of the key sights and experiences were ticked off.

[3]  Wynn also paid him for lessons in architecture.

[4]  Including the largest ever architect-designed silver table service ever made, a pipe-organ and a sedan chair for Lady Charlotte in colours to match her boudoir.

[6]  Wynn treated the servants and companions who accompanied him on a friendly basis, ensuring they had their share of experiences and fun, and joined in with all his excursions. During the building of No. 20 St James’s Square at least two workmen died; Wynn ensure their widows received annual payments in recognition of their loss.

[7]  Lady Charlotte would outlive her husband by some 43 years.

[8]  In a letter from Lady Charlotte to her daughter Frances (Fanny) in October 1817 she writes: ‘I had two days ago a most kind letter as usual from Lady Hart…saying that the new Nursery was perfect for its present inhabitant and that Watkin and she having dined together had just been up to put the Baby [their firstborn, Henrietta] to bed, and had left her in the sweetest of sleeps.’