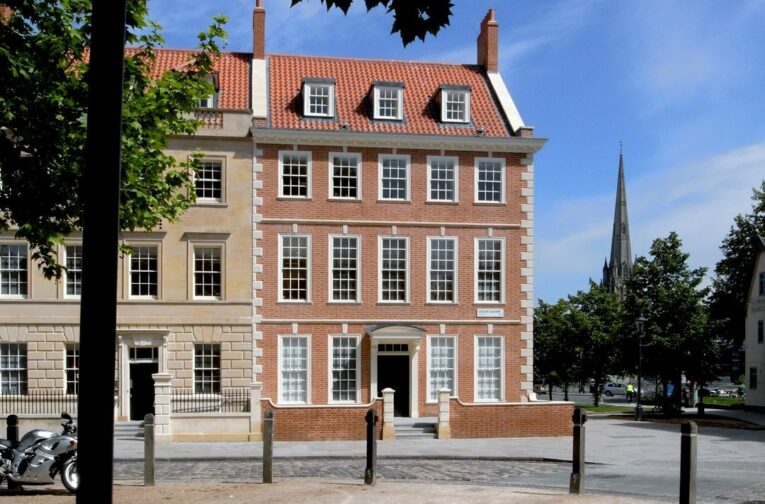 Queen Square in Bristol dates from 1699 and followed precedents from fashionable 17th century London; rules were established that the facades were to be of brick with freestone quoins and crowned by wooden modillioned cornices. In 1936, the original corner building was demolished by traffic engineers to allow for a major inner ring road. This led to a decline in the local environment and many of the historic buildings on the square were left unoccupied. In 1999, Bristol City council, alongside English Heritage and the Queen Square Residents Association, were awarded an HLF grant to allow restoration work to the square, including removal of the busy dual carriageway and rebuilding of some of the lost structures.

The house at 25 Queen Square was rebuilt, as part of a wider scheme by Alec French Architects, on the evidence of historic photographs, and included the reversal of some earlier changes such as the recessing of windows, loss of glazing bars and of removal the entire cornice. The reconstruction demonstrates some of the countless special issues raised in historical conservation and reconstruction, and reunites a historic square without deceiving archaeologists of the future. 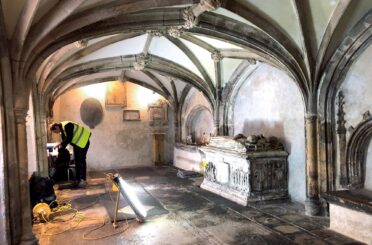 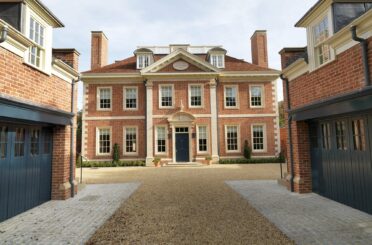 Alec French Architects/Westmark with the Royal Bank of Scotland