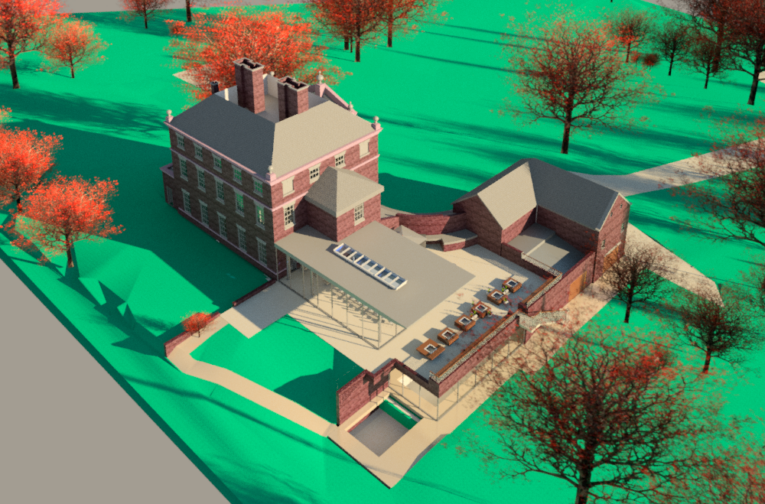 Astbury Rectory is a Grade II* listed Georgian Palladian building dating from the 18th century; it has been altered on a number of occasions, with significant modifications made in the 19th century and again in the mid-20th century, when the original house was subdivided into two. Donald Insall Associates was appointed to undertake an assessment of significance of the rectory so as to inform the development of our architectural proposals for its conversion back into a single family house, celebrating what is significant about the building and its setting and ensuring its conservation in the long term. The scheme’s granted consent included a modern lightweight extension to the rear, justified by the substantial wider heritage benefits of the scheme, including returning to the building’s original use.