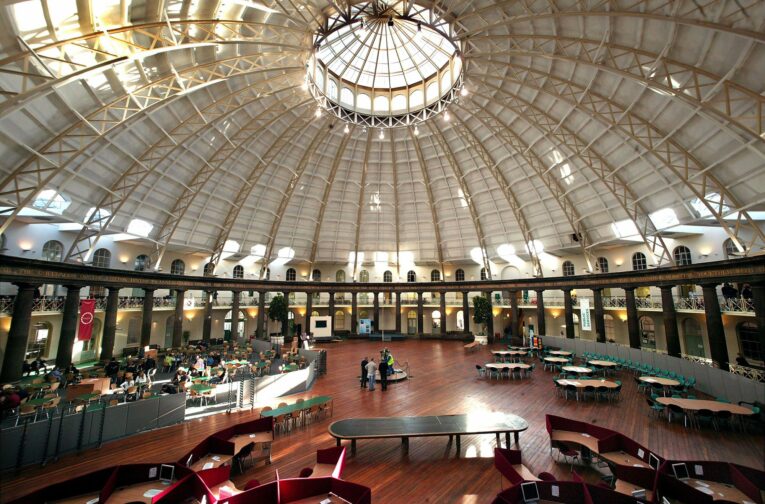 The University of Derby appointed Donald Insall Associates to write a Conservation Management Plan to guide its proposals for a new campus in the 18th century spa town of Buxton. The Devonshire Royal Hospital, which formed part of the site, had originally been designed by John Carr of York for the 5th Duke of Devonshire as stables around a circular exercise yard. The yard was later covered over by Robert Rippon Duke’s dome in the 19th century as part of a conversion to a hospital using the local waters. We guided the process for adaptive reuse and regeneration of this landmark building while maintaining the building’s significance by leading a conversion to educational use, advising on consent and grant applications.