Home > Projects > Museum of the Order of St John 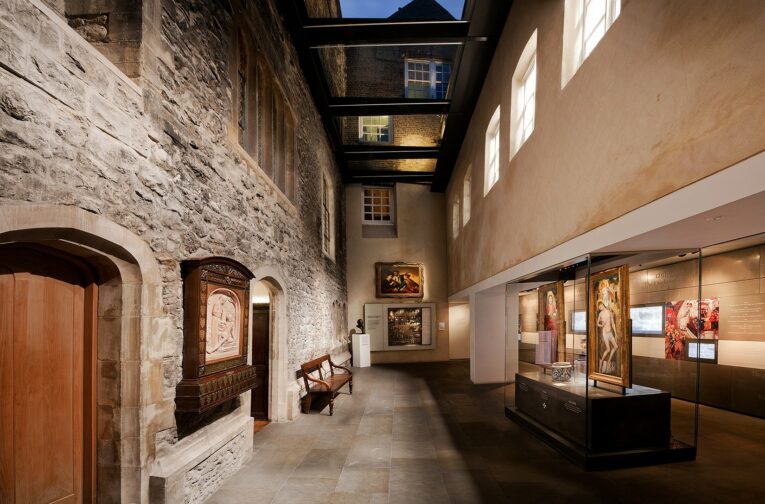 The practice initially prepared a Conservation Management Plan with a view towards a new Museum of the Order of St John in Clerkenwell.

The report highlighted an area behind the 1504 Tudor gateway into the medieval Priory, where a 1960s infill structure had been built. By clearing out this infill and glazing over the resulting courtyard, we enabled the creation of a link gallery, around which the other gallery spaces were laid out within the ground floor of the adjoining buildings. The exhibition fit-out was designed using finishes and materials designed and specified by us. The displays cover the Order’s history, from its medieval foundation in Jerusalem, administering to the wounded of both sides during the Crusades, to the Order’s revival in the 19th century, leading to the establishment of St John Ambulance.

At the same time as the museum works, other rooms in and around the gate were replanned and refurbished in order to provide an archive resource centre, administration offices, better catering facilities to serve the Chapter Hall, as well as a new dining room, new basement storage spaces, and new electrical, mechanical, environmental, fire and access control systems throughout.

The project was part-funded by the HLF.