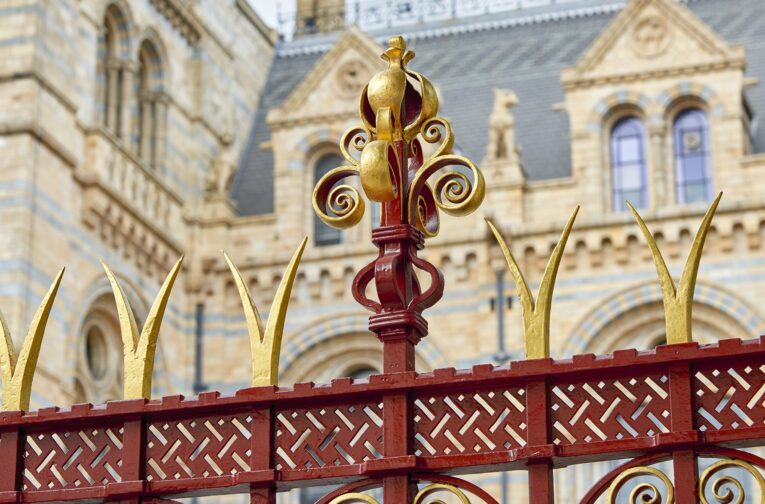 The Natural History Museum is surrounded by a kilometre of Grade I listed decorative Victorian ironwork which has been largely unaltered since its installation in 1873–1887. However, modern interventions and poor repairs were evident in certain locations and some sections have suffered considerable corrosion and degradation. Donald Insall Associates was appointed to manage the repair of the iron railings, gates, and stone piers.

Paint analysis early in the project revealed that the earliest paint schemes were composed of a ‘rust red’ or ‘iron oxide’ paint with gilded elements. The museum, in consultation with the Royal Borough of Kensington and Chelsea and Historic England, determined that the original decorative scheme should be reinstated under the repair works, and our proposal to reinstate the original colour scheme was subsequently granted Listed Building Consent. Repair works were also carried out, with railings being taken off site for repairs in sections to accommodate the museum’s daily opening hours.

Follow the link below to read a recent SPAB magazine article, which discusses the conservation work to the railings in detail.