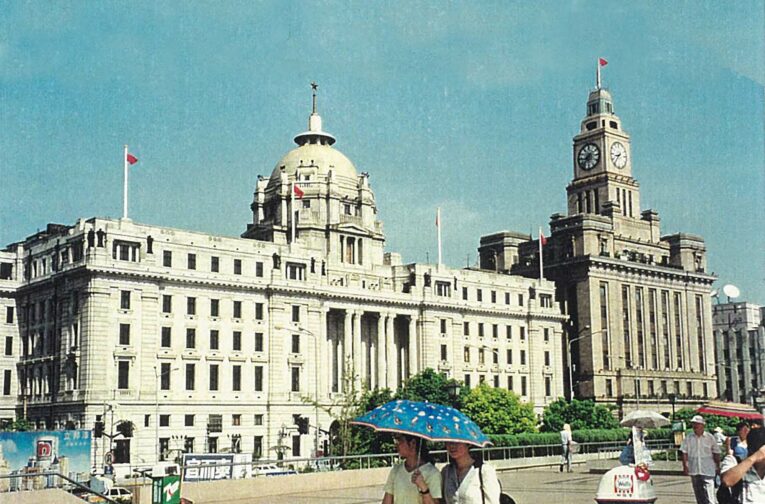 Built in 1923 to the designs of Hong Kong architects Palmer & Turner for the Hong Kong and Shanghai Bank, this internationally important building on the Bund had not been used for banking since the 1950s. Many fine features survived but some, including spectacular mosaics, had been covered up during the building’s occupation as municipal headquarters. As part of a consultant team appointed after an international competition, Donald Insall Associates provided on-site advice on the conservation and repair of mosaics, plasterwork, joinery and bronze fittings, as well as supervising the cleaning and repair of the principal facades. Reopened for banking, trading has recommenced in the impressively restored banking hall.