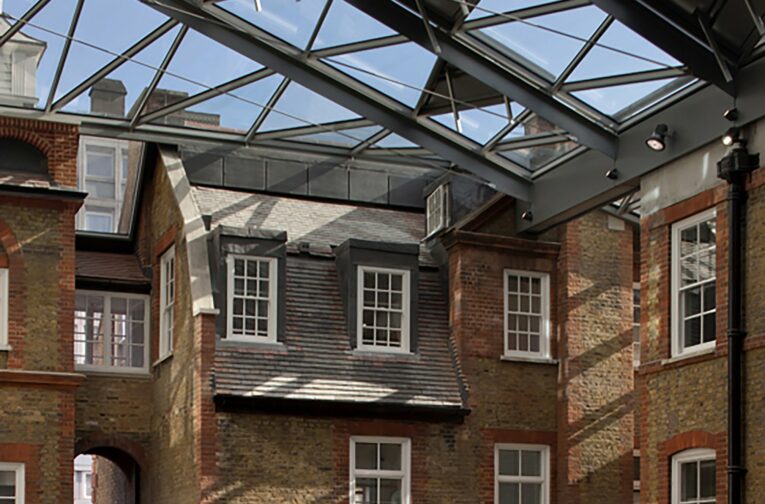 A significant element of the Unison Centre, headquarters of Europe’s largest public sector union, is the former Elizabeth Garrett Anderson Hospital, a Grade II listed late Victorian building that has been refurbished and adapted for its new use under the direction of Donald Insall Associates.

The New Hospital for Women stands prominently at the junction of Euston Road and Churchway and was built between 1889 and 1890 for the treatment of female patients by doctors and nursing staff who are also female. Following Unison’s purchase of the entire hospital site, Squire and Partners were commissioned to design a new building. We were instructed to undertake a Historic Building Appraisal of the listed part of the old hospital, and subsequently acted as architect for its repair and refurbishment.