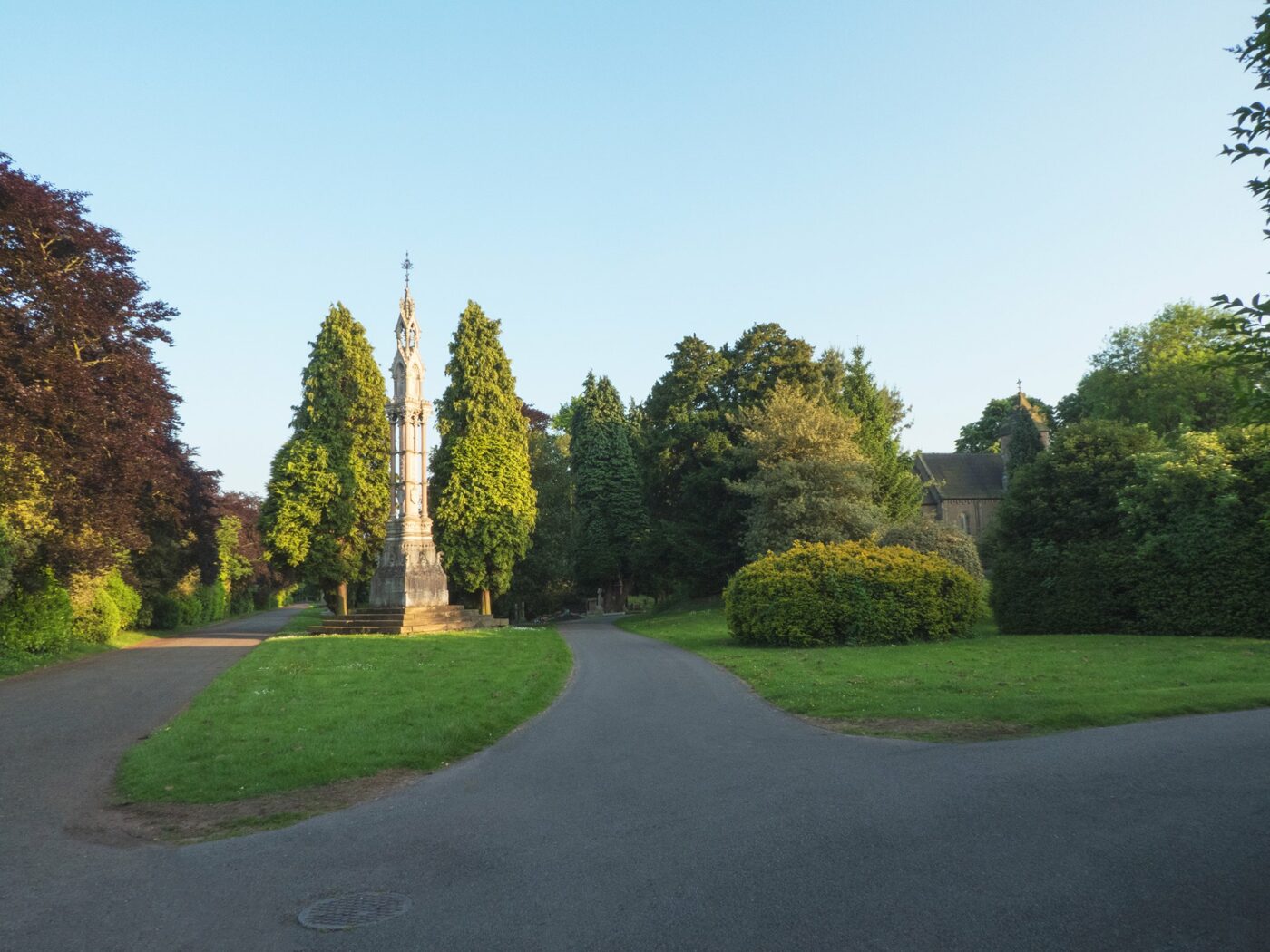 Within every conservation project, we discover layers of meaning be they historic, civic or personal. The London Road Cemetery in Coventry is one that brings together all three.

This 42-acre site is part burial ground, part pleasure gardens and part arboretum and is owned by Coventry City Council. Donald Insall Associates is providing specialist conservation advice, from its new office in Birmingham, to inform plans to repair and regenerate the cemetery with the help of the Heritage Lottery Fund. The cemetery is on the Register of Historic Parks and Gardens, listed Grade I.

The Genius of Joseph Paxton

London Road Cemetery was designed by Joseph Paxton, then head gardener at Chatsworth House in Derbyshire. His appointment, by the municipal authority in 1846, was an enlightened decision by civic leaders and a response to the desperately overcrowded and unsanitary conditions of Coventry’s inner-city parish church graveyards. Paxton was an innovator and a reformer with many strings to his bow: his achievements include the pioneering design of glasshouses at Chatsworth, the creation of a series of public parks in Liverpool, and a directorship of the Midland Railway Company, in addition to his masterpiece – the ‘Crystal Palace’ – which was built in Hyde Park to house the Great Exhibition of 1851.

In 1846 Paxton commanded considerable respect in the areas of horticulture design and engineering. The London Road site required all of these skills, as the cemetery was created in part from a disused quarry. The masterstroke of Paxton’s plan was to introduce an imposing stone terrace. From this elevated walkway, visitors to the cemetery had views over the wooded gardens and the planted quarry heights, as well as the prospect of Charter House across the London Road. The promenade combined a pedestrian path overlooking the cemetery gardens, accommodation to store biers, a columbarium and a route for the disposal of large amounts of quarry waste from the site. 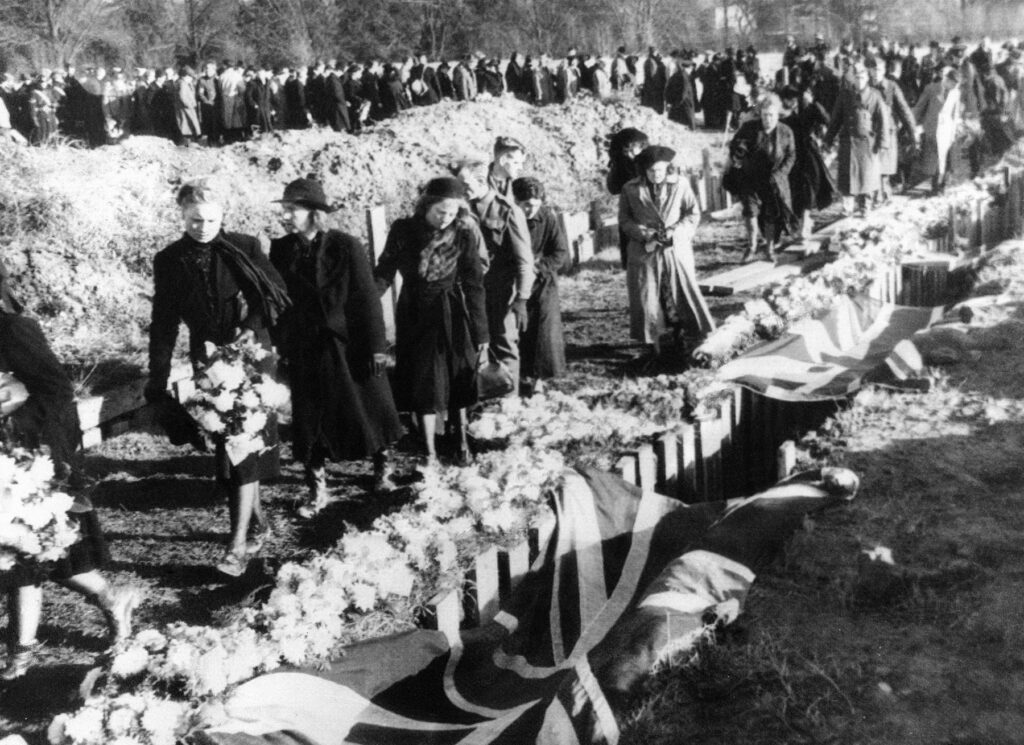 Paxton’s reforming zeal created both a cemetery and a public park, in line with John Loudons’ admonition that cemeteries should ‘improve the moral feelings and provide a source of amelioration and/or instruction.’ This was in part possible because just two per-cent of internments at London Road Cemetery are marked with funerary monuments, and so there was space to create landscaped paths and gardens as a setting for the architecture of the tombs. Yet even this small proportion of monuments amounted to 6,500 marked graves, an indicator of the scale of the cemetery operation.

The gravestones act as a chronicle of the social and political life of the city in the 19th and 20th centuries, recording the lives of many well-known and successful Coventrians, perhaps inevitably focusing on these rather than ordinary men and women. Our work, however, has included the repair of many of the personal memento mori as well as the major monuments and structures of the cemetery.

The terrace walkway needs considerable structural intervention because of damage by tree roots and vandals. But there is also an interesting opportunity to mark the City’s traumatic memory of the Second World War blitz. In the Victorian era, carriages entered the cemetery through a tunnel under the raised walkway; there, coffins were transferred to biers because horse drawn vehicles were banned from interrupting the calm of the park. During the 1940s, the original carriage entrance from London Road was converted to an air raid shelter. This presents a conservation dilemma: which is more significant, the original tunnel entrance or the wartime shelter? The story of the Blitz and Coventry’s experience of it in particular is now such a powerful part of our national and collective memory that perhaps the air raid shelter has the edge, but arguably these questions should be determined by communities, not by experts.

The cemetery also contains other commemorative buildings. There is an Anglican chapel in the Norman Romanesque style, a Grecian non-conformist chapel and a more prosaic modern structure for the Jewish burial ground in the north-west corner of the cemetery. Perhaps the most significant memorial is that to the great Joseph Paxton himself, who became MP for Coventry in 1854. This towering, Gothic Revival-style monument was erected in 1868 to a design by architect Joseph Goddard. It was not intended to be a funerary monument but instead a focus of national commemoration, as Paxton is buried at Edensor, near Chatsworth.

The specialist skills of conservation architects are often sought when there are concerns that social and civic memories might be lost, because buildings and public spaces are sold and then face alteration or demolition. Conservation architecture is the ‘art of the possible’, ensuring the preservation of cultural memories while equipping buildings for the future. This is just the type of creative problem-solving that Joseph Paxton would have understood and that he brought to bear on London Road Cemetery, which is a landscape both of memory and of recreation.