Home > Suffrage at the Doors of St Stephen’s: The Palace of Westminster 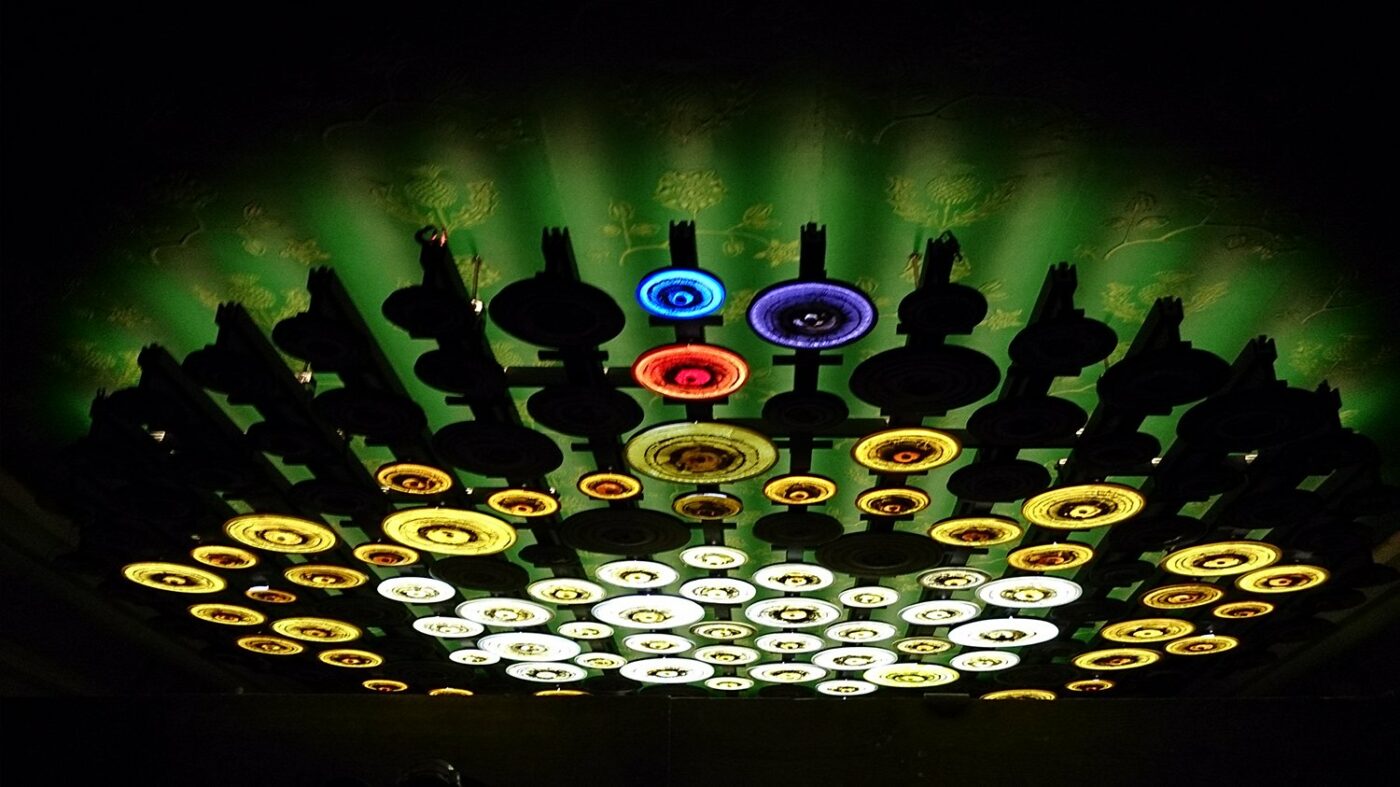 New Dawn, designed by Mary Branson, Parliamentary Artist in Residence to Women’s Suffrage, is a permanent artwork to commemorate women’s suffrage in Parliament. The artwork is located in St Stephen’s Porch, directly above the entrance to St Stephen’s Hall.

During 1916, amid the horrors of the First World War, a general election was rapidly approaching. Men were at war and so the franchise rules of property ownership and minimum occupancy that gave men the right to vote, were in tatters. How could Parliament deprive men who were living in the trenches and risking their lives of the right to vote?

Agreement that all men should be given the right to vote was overwhelming, although the same could not yet be said for women. However, the violence of the pre-war suffrage movement had abated and the significance and contribution of women to the war effort was unquestionable. Consequently those who resisted the suffrage cause were increasingly in the minority.

The Speaker’s Conference of 1916, the first such event, was arranged to resolve the rules of franchise and provided the women’s suffrage movement with an unprecedented opportunity to secure reform. The Conference resulted in the historic Representation of the People Act 1918.

The act conferred the right to vote upon all men over the age of twenty-one and women over the age of thirty, provided they were on the Local Government Register, which meant being a householder, or being married to one. This was restrictive and excluded the young workers of the war and single women who comprised majorities of suffrage societies.

However, the benefit to these restrictions was that the bill passed easily. Critical progress had been made and later that year the passing of the Parliament (Qualification of Women) Act 1918 enabled the election of women to Parliament.

The policies that arose from the 1916 Conference, whose centenary year coincides with the unveiling of New Dawn, laid the foundations for the rights of franchise enjoyed today. The December 1918 general election was the first to be held on these terms.

New Dawn was unveiled at a ceremony held in Westminster Hall on the 7th June, attended by our project team. The date marked the 150 year anniversary of John Stewart Mill MP, the eminent philosopher, presenting the first mass petition in support of women’s enfranchisement to the House of Commons.

St Stephen’s Hall was originally built as the Royal Chapel of St Stephen’s, a two-story structure commissioned by Henry III and completed in 1297, later serving as the House of Commons. Its structure survived the 1834 fire and the Hall was later remodelled by Sir Charles Barry during the construction of the present Palace of Westminster.

St Stephen’s Porch effectively became an extension to Westminster Hall, revealed through Barry’s great arch at the top of its south steps, from which monarchs and global leaders have addressed the world.

New Dawn occupies a space above the entrance to St Stephen’s Hall, originally intended for a wall painting depicting peace. Its adversary, war, was intended to be depicted opposite, above the Palace’s public exit. The paintings were not commissioned, and so this significant space remained undecorated and, around 1860, the arches of peace and war were filled with hand embossed canvases depicting roses, thistles and clovers.

New Dawn now occupies the space intended for peace. The significance of the location for New Dawn is twofold. It partly derives from Barry’s decision to make St Stephen’s the public entrance to the Palace of Westminster, becoming the point where the suffrage movement would lobby MPs and as a representation of the suffrage movement’s long wait at the entrance of democracy.

Beneath St Stephen’s Hall is the St Mary Undercroft Chapel, whose broom cupboard is located under the steps, directly beneath New Dawn. It is where Emily Wilding Davison hid on the night of the 1911 Census, allowing her to give her address at ‘The House of Commons’ at a time when women could neither vote nor become MPs.

Alongside remembering women’s suffrage, New Dawn continues the role of St Stephen’s Porch as a place for the commemoration of 20th century events. The adjacent Recording Angel Memorial names the members and sons of both Houses who were killed in the First World War, with which the suffrage movement is inexorably related.

Meanwhile, the colossal stained glass window above, which had been destroyed by bombing raids in 1940, was redesigned and became Parliament’s principal memorial to members and staff of both Houses who died in the Second World War.

The design of New Dawn compliments the Queen’s Jubilee Window, which was recently installed at the north end of Westminster Hall as part of Donald Insall Associates ongoing Westminster Hall Conservation Project; the window also uses glass, light and the same colour palette, in commemoration of a female monarch.

Donald Insall Associates have cleaned and repaired the masonry of St Stephen’s Porch and conserved the delicate parapet carvings, expanding upon the work of our Westminster Hall masonry conservation project and utilising similar methods. We have also restored the rare hand-embossed canvas wall covering, now behind New Dawn, which has been analysed and carefully repainted in ‘suffragette green’ as the projects ran in tandem.

Evidence of wartime damage is visible throughout the porch, with shrapnel damage and cracking to the masonry throughout.

Consistent with the spirit of remembrance within St Stephen’s Porch, this sobering evidence has not been removed and replaced, but has been carefully conserved. 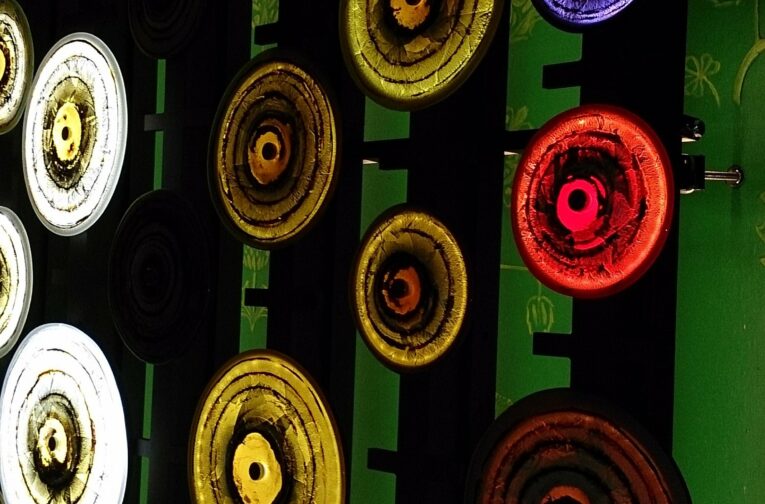 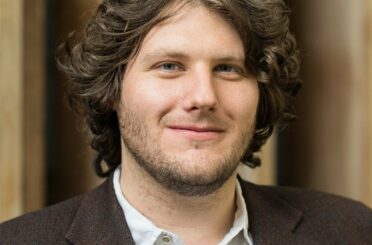 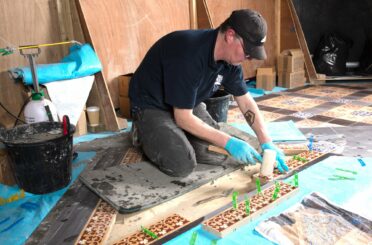 Medieval Meets Modern: the Encaustic Tiles of the Palace of Westminster