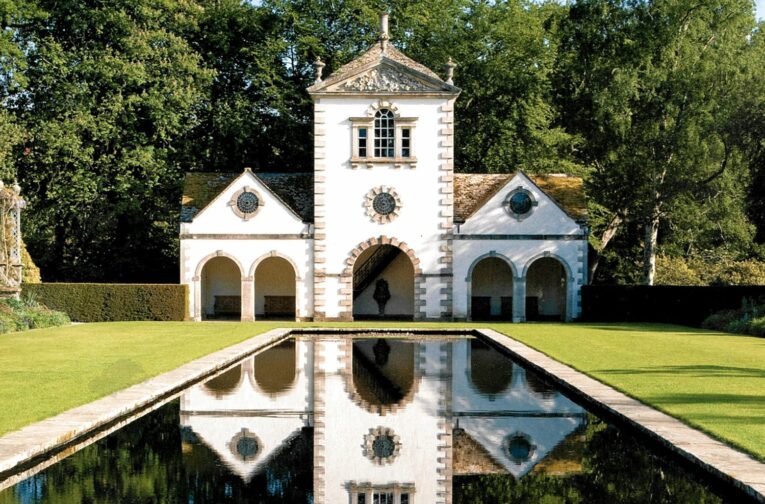 The Pin Mill dates back to 1730 and was likely to have been used as a garden house or shooting lodge, and was later converted to a small factory for dressmaking pins. In the 1930s, the dilapidated Pin Mill was moved from its original location in Woodchester (Gloucestershire) to Bodnant to be a key feature of the estate’s gardens. Donald Insall Associates completed sensitive repairs to the roof, which was covered in moss and vegetation. We also replaced the squirrel-nibbled leadwork while making sensitive improvements to the elevations and stone flags.