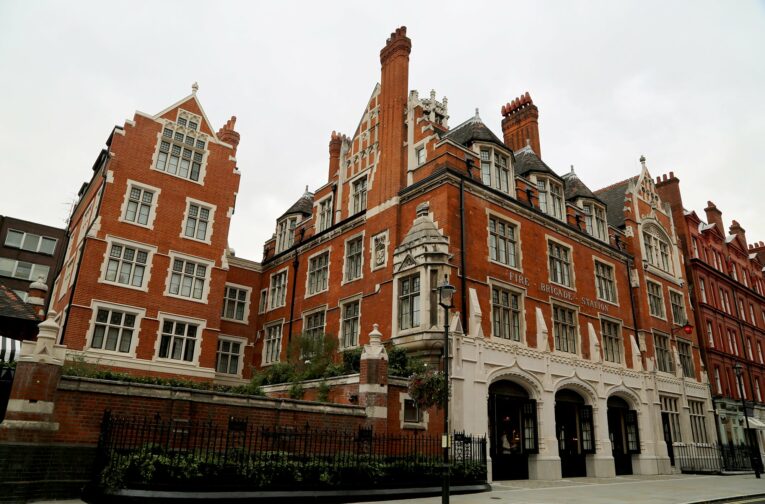 This Grade II listed fire station was originally built in 1890 to the designs of Robert Pearsall and the Metropolitan Board of Works, which later became London County Council. Much altered in the 20th century when the gothic stone entrance arches were removed, it was declared redundant at the beginning of the 21st century. Donald Insall Associates was initially appointed to advise the Portland Estate, the freeholder, on the significance of the building so as to assist with exploring options for reuse. The building was developed as a boutique hotel and a fashionable restaurant, while we continued to advise the developer. We later provided conservation architect services to lead architects, Archer Humphryes, in both an advisory capacity as well as leading the restoration of the ground-floor gothic arcade and other stonework detailing.