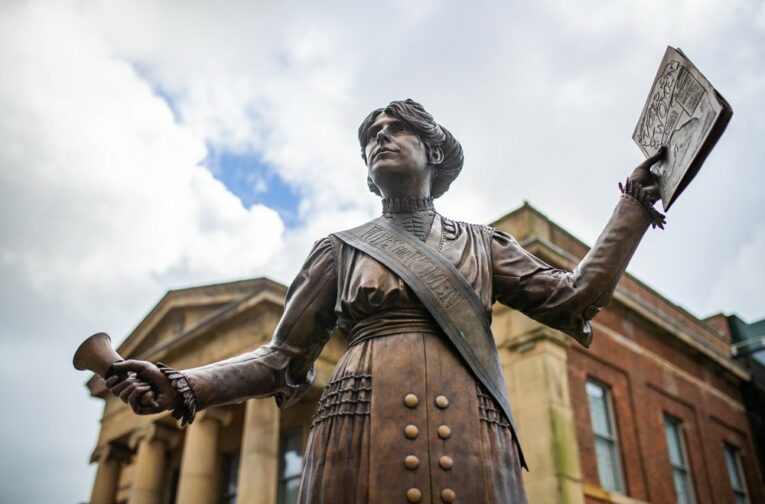 Commemorative statue of suffragette Annie Kenney erected in 2018, with the former Oldham Town Hall in the background. Photo © Jody Hartley.

Insall is currently working in two of the towns which make up the wider urban conurbation of Greater Manchester but which, historically and today, form distinct urban centres: Rochdale and Oldham. Their rapid development in the 19th century has left a dramatic landscape of factories, mills, housing and infrastructure and the grand civic and commercial buildings which supported such success. However, the decline in industry during the first half of the 20th century and subsequent economic downturn hit northern communities particularly hard, sending the urban fabric into a spiral of decline. The question these towns now face is how to approach regeneration in a meaningful manner.

At Insall we believe a focus upon heritage, local identity, and shared values is key to this process, as demonstrated through our work with Oldham Council. 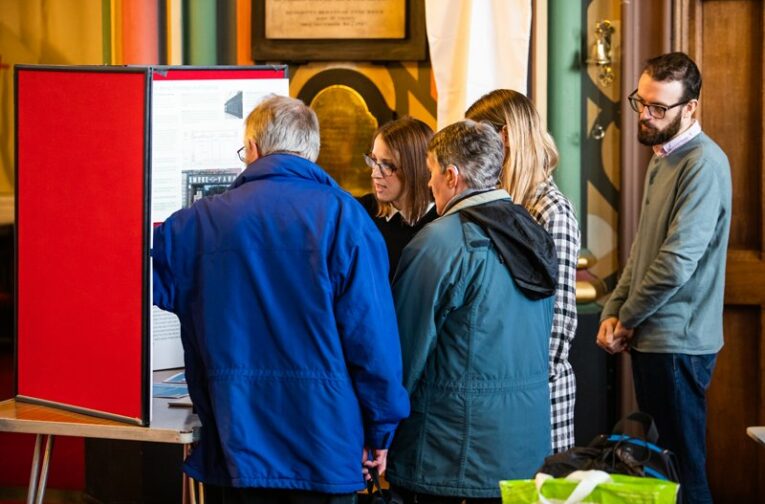 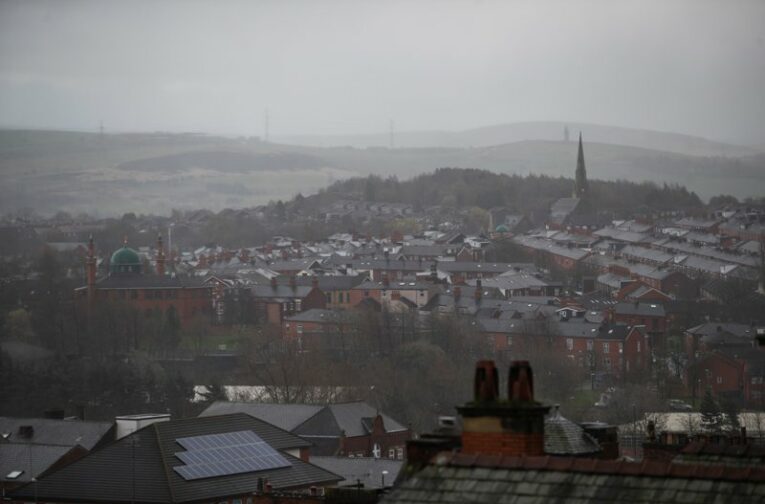 The town of Oldham lies northeast of Manchester, nestled amongst a Pennine landscape dotted by the silhouettes of mill chimneys still reaching skyward, remnants of the area’s bygone role as nucleus of the British textile industry. At one time hosting as many as 65 textile mills, Oldham’s burgeoning commercial success was such that it soon operated on a global scale, causing 20th-century historians to later remark:

if ever the Industrial Revolution placed a town firmly and squarely on the map of the world, that town is Oldham.1

Within the Oldham Town Centre Conservation Area, first designated in 1975 and encompassing the geographic apex and historic heart of the town, a dense array of nationally-important architecture survives. Here Oldham’s industrial magnates subsidised public buildings of monumental proportions, including the Grade II*-listed parish Church of St. Mary and St. Peter (1827-30, by Richard Lane) and the Grade II-listed Town Hall (1841, by George Woodhouse and Edward Potts), both of which now serve as focal points in the modern public realm.

Other civic contributions included the now Grade II-listed Lyceum and Art School (1856-1881, by Nathan Pennington) and Oldham Library and Art Gallery (1883, architect unknown), as well as a number of buildings funded by private enterprise, including Alfred Waterhouse’s Prudential Assurance Building (1883, also listed at Grade II). The latter is a skilful example of Waterhouse’s renowned attention to detail, but has since – like some of its neighbours – fallen into dereliction following prolonged vacancy.

Sustainable development here has remained a challenge, despite ambitious retail development schemes of the late-20th century when a good deal of historic urban fabric was lost or substantially altered. Other more recent efforts to revitalise the central core have been well-intended, including a public realm art scheme; proposals to create a new ‘Cultural Quarter’ just south of the conservation area; and, in 2016, the erection of a distinctly modern cinema and gallery extension to the former Town Hall and adjacent pedestrianised public space by architects BDP; however, the overall approach has lacked long-term thinking and quality. Oldham Council, understanding the potential of the town centre’s story, architectural character and public realm, welcomed the inclusion of the Town Centre Conservation Area on Historic England’s Heritage at Risk Register in 2015. With the subsequent improved access to heritage-based advice, expertise and sources of funding, the Council now aims to prioritise Oldham’s extant heritage as it formulates a strategy for town centre and community-based renewal. 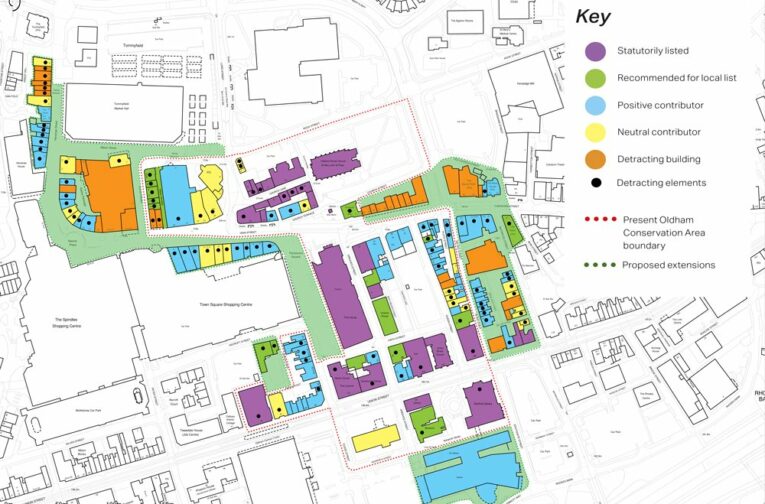 As part of this endeavour, Donald Insall Associates’ Manchester office was appointed in 2018 to carry out an expert appraisal of the Oldham Town Centre Conservation Area, last reviewed in 1997, and to generate its first-ever Conservation Area Management Plan, including guidance and policies focused upon the protection of its heritage assets and the sensitive development of the town centre and its public realm. The aim of this in-depth Appraisal was to clearly set out the area’s varying levels of historic, social and architectural heritage significance in an accessible manner to inform any future change or development within the conservation area and its broader context, and to reach out to the wider community and promote engagement with their historic environment. More critically, the Management Plan has sought to bring about meaningful change in the development management process, setting out aims and policies to enhance the character and appearance of the conservation area.

Deep-rooted segregation between communities, all once reliant on Oldham’s cotton industry, made its mark upon Oldham throughout the second half of the 20th century as cultural tensions rose and drew national attention. With this in mind, both Oldham Council and Insall made it a priority to ensure that the Conservation Area Appraisal and Management Plan (CAAMP) plays a role in identifying shared heritage values and acts as a tool to unlock social cohesion. Consultation with those who inhabit the conservation area was therefore critical to guarantee that the document was considerate of social and economic factors which affect the evolving needs of modern communities. At critical points through the production of the CAAMP, Insall undertook stakeholder engagement exercises with local interest groups, community leaders, heritage bodies and the wider public. However, it was our engagement with Oldham’s upcoming generation through Oldham Sixth Form College and Oldham Youth Council which proved the most revealing. These groups expressed the strongest belief in Oldham’s potential for the future, and clearly understood the role that the long-term enhancement of the built environment could play as catalyst for wider social change. More critically, Oldham’s young people identified the potential of the CAAMP as a tool to reinforce their community’s outward positive identity, rather than one linked to riots which occurred before they were born.

What is happening in Oldham is in contrast to the developer-led regeneration strategies which have shaped much of the Manchester area in the past quarter century. While comprehensive new-build schemes have met with some success when implemented into the city’s decidedly urban townscape, that approach within the smaller boroughs of Greater Manchester has had questionable results and has alienated many local people. This more localised approach, centred on the heritage significance of Oldham’s principal conservation area and the cultural value it holds, is intended to underpin wider regeneration strategies for the town centre, as well as the production of Oldham’s Local Plan. 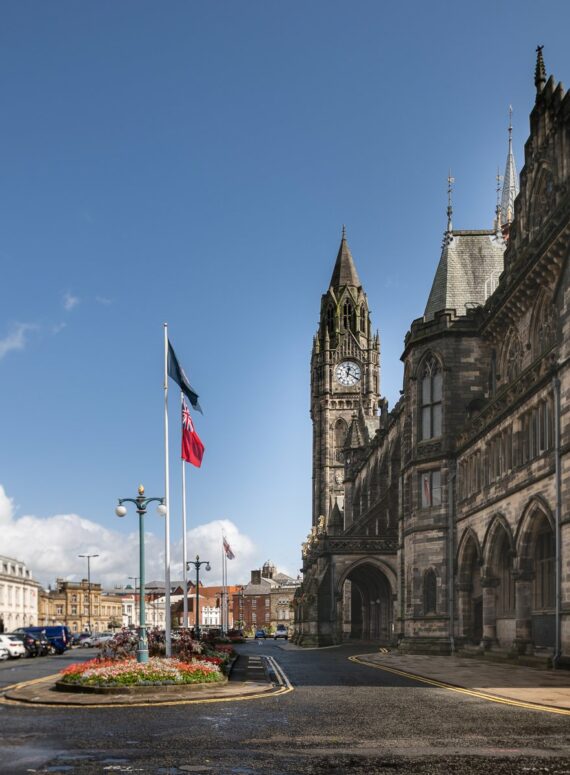 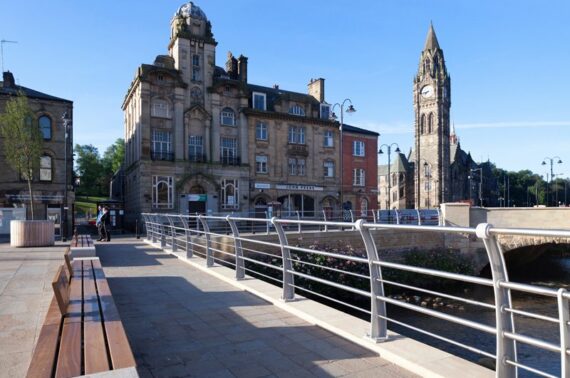 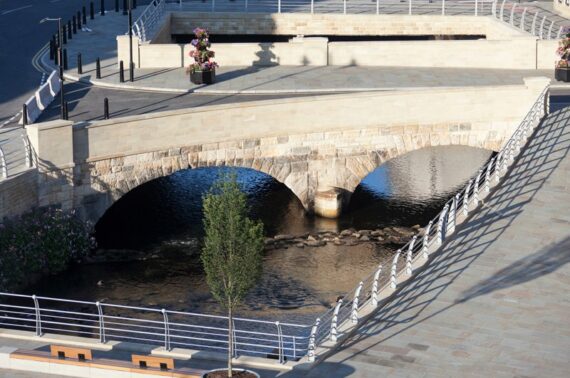 The approach has been adopted elsewhere. In nearby Rochdale, Insall has been involved in a number of projects as part of the heritage-led regeneration of its town centre, including uncovering the River Roch and its historic bridge at the heart of the town centre and our successful Stage I application to the Heritage Lottery Fund for £16 million in funding to restore the Grade-I listed Rochdale Town Hall (1871, by architect William Henry Crossland). Now appointed as lead architects, Insall will be at the helm of returning what is widely considered to be one of Britain’s finest Gothic buildings to its former celebrated grandeur, renewing its intended function as the heart of local cultural life.

The towns which comprise the wider Greater Manchester area all face the challenge of strengthening and utilising local identity to drive regeneration and renewal in the shadow of its dominant city centre and economic instability. As demonstrated in Oldham and Rochdale, understanding what is important about a place, its heritage and shared values is critical to the process of developing successful place-making strategies. Perhaps best articulated by a student from Oldham Sixth Form College, ‘I want to say to people I am from Oldham, not from near Manchester’. 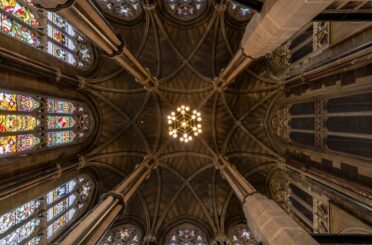 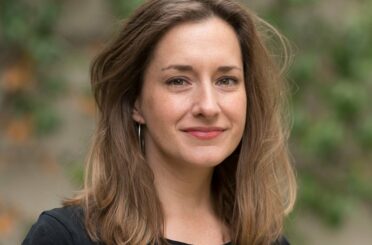 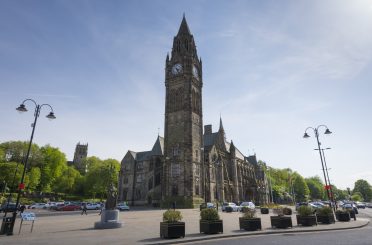 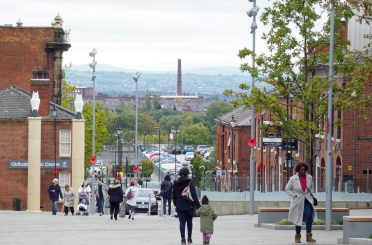