Making good is what we do when we repair buildings. Conservation architects make good the defects which have arisen through weathering, decay, wear and ill-considered alterations. But is that all? Nearly all our projects also incorporate such enhancements as are necessary to enable sustained and continuing beneficial use. Many, indeed most, projects will include both themes; it is only for those structures which are unconstrained by the need to accommodate continuing human activity ‒ the monument and the tomb ‒ that we can be satisfied with simply making good.

In our 60th anniversary year, we are taking the opportunity to review current projects in light of what we have done in earlier years, to show how improving the buildings and places on which we work is an integral part of what we do. To conserve means to preserve and enhance. The opportunity to enhance, or make better, can take many forms, as demonstrated by the articles in this year’s Review, across a wide spectrum of materials and sites, from the tile to the street. 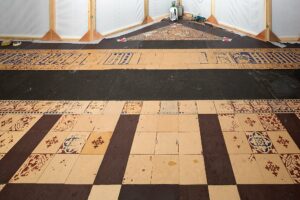 Roof coverings, slates and stone tiles are the subject of Caroline Drake’s essay. A recurring consideration for the Practice is the difficulty in securing adequate supplies of roofing materials, such as Westmorland green slates for Wentworth Woodhouse, where we are currently appointed as conservation architects, and Collyweston stone tiles for King’s and Trinity Colleges at Cambridge, where we have been busy since the 1960s. Historically, the use of such materials outside the localities where they were quarried was restricted by difficulties in transport, but now is mainly constrained by planning and commercial restrictions on extraction. Despite these difficulties, we have been able to drive the renewal of the many acres of slate roof at Wentworth Woodhouse through careful forward planning, and the Collyweston quarry has re-opened. The latter allows us to implement a more authentic, indeed better, restoration at King’s College than our earlier work at Trinity, where we used Cotswold stone tiles. In so far as we are able, by creating a demand for historically correct materials, we can ensure their better availability for future projects.

The possibilities for urban renewal certainly include improvements of many kinds, and these are illustrated in contrasting projects, namely 1970s Carnaby Street in central London, and our present-day work in Newport, South Wales. Architect Iona Gibson’s Carnaby Street paving in orange, yellow and black vinyl was considered ‘wildly exciting’ at the time. Disappointingly, the wheel of fashion has turned and some years ago the vinyl, by then worn out, was replaced with another, more chaste, design. This bears an interesting comparison with the work the Practice has been engaged in at the Newport location. Jessica Holland describes how Heritage Lottery Fund support has been provided for the restoration of the Market Arcade, specifically including the retention of the 1960s and 1970s work, such as the terrazzo paving, mosaic tiles and hardwood joinery. Our assessment of the value of the site supports the retention of later alterations they add interest and are in sound condition. Our commitment to sustainability demands that we keep features of good quality, where these create a better environment. 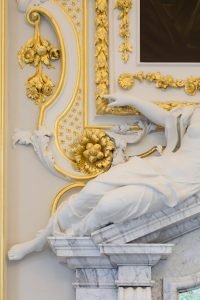 Plaster rarely receives its due share of the limelight. This may be because modern architects ignore its possibilities and use it in the most boring way possible ‒ as a simple flat surface to conceal the underlying structure. Ayaka Takaki explains how the application of craftsmanship, through three generations of the Joy family, shows us the capacity of the material to be moulded, enriched and decorated to create marvellous and enjoyable (pun intended) interiors. Insall worked with A. G. Joy and Son in our post-fire restoration of Windsor Castle in the 1990s, and is delighted to have met the company again at Orleans House near Twickenham. The Octagon has been brought back from being a ‘good enough’ space for local functions to its full baroque splendour. The long collaboration of the Orleans House architect James Gibbs (1682-1754) with the stuccotori Artari and Bagutti was highly productive, and some of the finer nuances of repair and redecoration are examined. Gold-coloured paint is banished; all that glitters is truly gold, applied by the expert hands of Hare and Humphreys. In contrast with many of our other projects, the lesson here is one about the limitations of industrial production as compared to diligent research and superlative craftsmanship. Some skills, notably plastering, provide opportunities for expression, which contemporary architecture cannot match.

Portmeirion is an architectural caprice par excellence. How better could one use salvaged architectural fragments than in the creation of a fantasy Italian hill town! And where better to put it than in the shadow of the Blaenau slate quarries which provided so much of the wealth needed to build it. Elinor Gray-Williams shares her experience of navigating a satisfactory reconciliation between the retention and replacement of structural defects, while retaining the patina of pleasing decay. Just as Wales is enriched by the diversity of its landscapes and architectural fantasies, so is our Practice by the opportunity to research and thus better understand the reality behind the illusion. 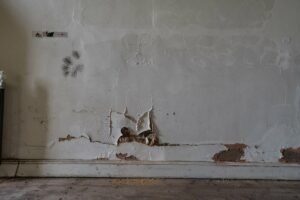 The manufacture of glass in bigger and stronger sheets to allow structures of ever-increasing lightness and delicacy is akin to magic. Medieval peasants were instructed in the scriptures by looking at bright stained glass windows, and 17th-century poets could, instead, look through clear glass to espy heaven. Jeremy Trotter shows how developing technologies of hand-made crown, cylinder and plate, as well as industrially manufactured sheet and float glass have enabled the construction of ever-more-spectacular buildings. In the 1970s we worked on the decoratively domed 1818 conservatory at Alton Towers, designed by Robert Abraham using small panes which were exploited to allow the creation of curved forms from flat glass. Decimus Burton’s 1859 Temperate House at Kew used the best technology of its time and long rectangular glass sheets, but nevertheless their greenish tint reduced the ability of the plants within to thrive. In support of the Royal Botanic Society’s scientific aims, we have taken the opportunity, in our recently completed major restoration, to fit modern clear float glass which will improve the quality of the daylight inside the Temperate House. Now that the excitement of the grand opening by Sir David Attenborough on 3 May 2018 is over, we look forward to seeing how the plants respond to their restored home. We remain alert to opportunities to make better the buildings on which we work, while retaining their value.

Victoria Perry and Edward Lewis look at the history of the use of clay in construction, from prehistoric mud to industrial production, before focusing on the manufacture of encaustic tiles, adopted by Pugin for use in the Palace of Westminster, where we have been working on a sequence of projects for over half the Practice’s life ‒ since 1985. They show how, as well as being beautiful and durable, advances in manufacturing the tiles allow for improvements in the social conditions of those making them. There are opportunities in modern technology which should be applied to the heritage sector to provide better working and living conditions. 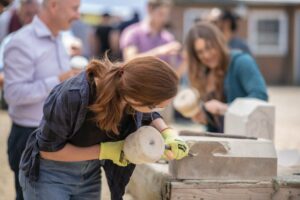 Our work keeps alive not just trades, but also methods of industrial manufacture. Nowhere is this better demonstrated than in Kidderminster where, as Peter Riddington writes, our long-term carpet consultants David Luckham and Mo Mant are working to ensure the continued future of specialised Axminster looms. The project will allow the accurate restoration of historic interiors with the correct floor coverings. Without the looms, and the skills to operate them, this authenticity would not be possible. An application for Heritage Lottery Funding is being developed. As with the natural roofing slates and tiles cited earlier, our work is critical to the survival of trades and skills which underpin the heritage economy. The Royal Albert Hall is another example project where, in the 2000s, and again working with David and Mo, we procured the largest single-repeat carpet in the world to cover the floor. We’d like to be confident that we could do so again.

We at Insall are very fortunate to work in a profession in which, like music, so much of the outside world has an interest and shares as a hobby: as a direct consequence of this we enjoy the support of informed clients. Nevertheless, the context in which we work continues to change, and as times change, Insall will change with them. Our other projects and activities demonstrate our continuing commitment to ensuring that the historic sites on which we work remain as Living Buildings.

Making good is the starting point for what we do; our real ambition is for making better. 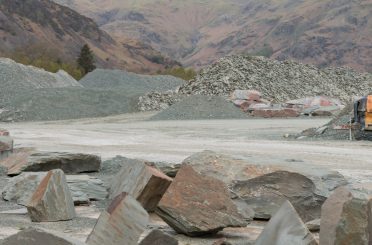 In the Hands of Geology: Wentworth Woodhouse 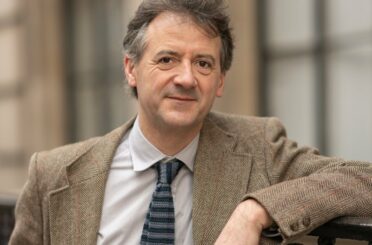